The global education emergency is steadily increasing. Events such as the Corona pandemic are accelerating this. Especially in poorer countries, many children have no access to education. Either there are no schools, or the children are forced into child labour at an early age due to economic problems.

NETZSCH supports a school in Tanzania 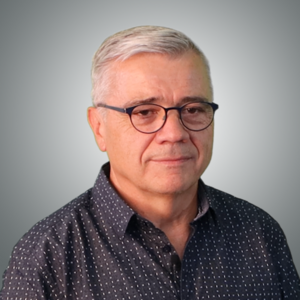 „It's a great project that gives many young people access to education.“

The Msafiri Primary School was founded in 2005 in the north of Tanzania by Michael Hell, from the fashion house Hell, with the help of various European organisations, such as the Rotary Club Mühldorf-Waldkraiburg. Starting with one grade, the school now comprises seven primary school classes and two kindergarten classes with a total of 250 children. To ensure that the pupils can keep up in the digital age, they have computer lessons from the third grade onwards. During these lessons, they learn various basic programmes such as Excel or Word. In the future, the equipment will come from NETZSCH. As part of a donation, Michael Sigl, Team Leader IT at NETZSCH, handed over 30 notebooks, including a docking station, to the project leader Mr Hell. "It's a great project that gives many young people access to education. When I heard about it, it was immediately clear to me that we, as a company, would like to support NETZSCH here", said Sigl.

In order to enable the children on site to work with the notebooks in the best possible way, they were first equipped with the latest software by NETZSCH. Saskia Hundseder and Markus Oberbauer, both IT trainees, took on this task full of anticipation. "I was very pleased to be able to take on responsibility in this project together with my colleague Markus and thus give something back to children who are not as well off as we are", says Saskia happily. To ensure that the notebooks arrive safely at the school in Tanzania, Ramona Köck, a trainee industrial clerk, handled the shipping. So nothing stands in the way of successful computer lessons in the years to come. "I would like to thank the NETZSCH company for their great support. With this, the computer lessons for the children are secured for the next ten years", says Hell.